We’ve Lost One of the Greats 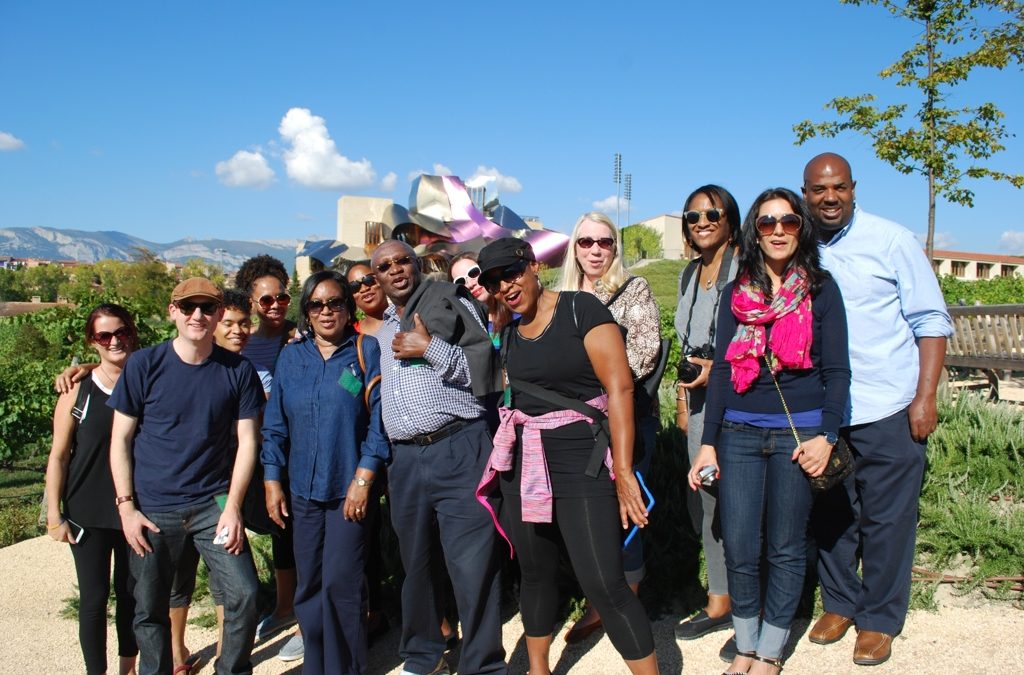 People die every day, just ask anyone who works in a hospital, but that doesn’t make things any easier when it happens to someone you hold dear. Last week, while we were away in Basque Country, a beloved friend of the Language Academy passed away unexpectedly in Savannah, GA. His name was Kojo Afenyi-Annan.

Kojo (above center), his wife Teddi (to his right) and his daughter Adwowa (behind) came to Spain with us in 2014. We immediately became close friends. He was one of those people who would draw you into his orbit and once you’re there, you stay for the laughs, his cooking and for a great deal of wisdom. You could make a movie about this man’s life. Born in Ghana, he emigrated to Jamaica where he was a school teacher, and then to the U.S. where he worked his way up through the ranks at GM, Xerox and later EATON. He succeeded because he knew how to manage people and he knew the meaning of hard work, struggle and perseverance. Teddi is a retired nurse, the kind that will help you with the utmost sincerity when you are ailing but will whip you into shape the moment you get out of line. I pity the person who messes with Theodora.

Kojo was like family to us, so much so that my kids knew him as their third grandfather. Never in my life did I think my kids would have a bonus grandpa from West Africa, but that’s how the world works sometimes. It has pleasant surprises in there for all of us. We will miss you Kojo – you were and always will be one of the greats.

Craig Snyder is the Owner and President of The Language Academy of the Carolinas, Inc.